Recalling also the commitments of the Beijing Declaration and Platform for Action (A/52/231) as well as those contained in the outcome document of the twenty-third Special Session of the United Nations General Assembly entitled "Women 2000: Gender Equality, Development and Peace for the twenty-first century" (A/S-23/10/Rev.1), in particular those concerning women and armed conflict,

Bearing in mind the purposes and principles of the Charter of the United Nations and the primary responsibility of the Security Council under the Charter for the maintenance of international peace and security,

Expressing concern that civilians, particularly women and children, account for the vast majority of those adversely affected by armed conflict, including as refugees and internally displaced persons, and increasingly are targeted by combatants and armed elements, and recognizing the consequent impact this has on durable peace and reconciliation,

Reaffirming also the need to implement fully international humanitarian and human rights law that protects the rights of women and girls during and after conflicts,

Emphasizing the need for all parties to ensure that mine clearance and mine awareness programmes take into account the special needs of women and girls,

Recognizing the urgent need to mainstream a gender perspective into peacekeeping operations, and in this regard noting the Windhoek Declaration and the Namibia Plan of Action on Mainstreaming a Gender Perspective in Multidimensional Peace Support Operations (S/2000/693),

Recognizing also the importance of the recommendation contained in the statement of its President to the press of 8 March 2000 for specialized training for all peacekeeping personnel on the protection, special needs and human rights of women and children in conflict situations,

Recognizing that an understanding of the impact of armed conflict on women and girls, effective institutional arrangements to guarantee their protection and full participation in the peace process can significantly contribute to the maintenance and promotion of international peace and security,

Noting the need to consolidate data on the impact of armed conflict on women and girls,

1. Urges Member States to ensure increased representation of women at all decision-making levels in national, regional and international institutions and mechanisms for the prevention, management, and resolution of conflict;

2. Encourages the Secretary-General to implement his strategic plan of action (A/49/587) calling for an increase in the participation of women at decision-making levels in conflict resolution and peace processes;

3. Urges the Secretary-General to appoint more women as special representatives and envoys to pursue good offices on his behalf, and in this regard calls on Member States to provide candidates to the Secretary-General, for inclusion in a regularly updated centralized roster;

4. Further urges the Secretary-General to seek to expand the role and contribution of women in United Nations field-based operations, and especially among military observers, civilian police, human rights and humanitarian personnel;

5. Expresses its willingness to incorporate a gender perspective into peacekeeping operations and urges the Secretary-General to ensure that, where appropriate, field operations include a gender component;

6. Requests the Secretary-General to provide to Member States training guidelines and materials on the protection, rights and the particular needs of women, as well as on the importance of involving women in all peacekeeping and peace-building measures, invites Member States to incorporate these elements as well as HIV/AIDS awareness training into their national training programmes for military and civilian police personnel in preparation for deployment and further requests the Secretary-General to ensure that civilian personnel of peacekeeping operations receive similar training;

7. Urges Member States to increase their voluntary financial, technical and logistical support for gender-sensitive training efforts, including those undertaken by relevant funds and programmes, inter alia, the United Nations Fund for Women and United Nations Children's Fund, and by the United Nations High Commissioner for Refugees and other relevant bodies;

8. Calls on all actors involved, when negotiating and implementing peace agreements, to adopt a gender perspective, including, inter alia:

(a) The special needs of women and girls during repatriation and resettlement and for rehabilitation, reintegration and post-conflict reconstruction;

(b) Measures that support local women's peace initiatives and indigenous processes for conflict resolution, and that involve women in all of the implementation mechanisms of the peace agreements;

(c) Measures that ensure the protection of and respect for human rights of women and girls, particularly as they relate to the constitution, the electoral system, the police and the judiciary;

9. Calls upon all parties to armed conflict to respect fully international law applicable to the rights and protection of women and girls as civilians, in particular the obligations applicable to them under the Geneva Conventions of 1949 and the Additional Protocols thereto of 1977, the Refugee Convention of 1951 and the Protocol thereto of 1967, the Convention Security Council - 5 - Press Release SC/6942 4213th Meeting (PM) 31 October 2000 on the Elimination of All Forms of Discrimination against Women of 1979 and the Optional Protocol thereto of 1999 and the United Nations Convention on the Rights of the Child of 1989 and the two Optional Protocols thereto of 25 May 2000, and to bear in mind the relevant provisions of the Rome Statute of the International Criminal Court;

11. Emphasizes the responsibility of all States to put an end to impunity and to prosecute those responsible for genocide, crimes against humanity, war crimes including those relating to sexual violence against women and girls, and in this regard, stresses the need to exclude these crimes, where feasible from amnesty provisions;

12. Calls upon all parties to armed conflict to respect the civilian and humanitarian character of refugee camps and settlements, and to take into account the particular needs of women and girls, including in their design, and recalls its resolution 1208 (1998) of 19 November 1998;

13. Encourages all those involved in the planning for disarmament, demobilization and reintegration to consider the different needs of female and male ex-combatants and to take into account the needs of their dependants;

14. Reaffirms its readiness, whenever measures are adopted under Article 41 of the Charter of the United Nations, to give consideration to their potential impact on the civilian population, bearing in mind the special needs of women and girls, in order to consider appropriate humanitarian exemptions;

15. Expresses its willingness to ensure that Security Council missions take into account gender considerations and the rights of women, including through consultation with local and international women's groups;

16. Invites the Secretary-General to carry out a study on the impact of armed conflict on women and girls, the role of women in peace-building and the gender dimensions of peace processes and conflict resolution, and further invites him to submit a report to the Security Council on the results of this study and to make this available to all Member States of the United Nations;

17. Requests the Secretary-General, where appropriate, to include in his reporting to the Security Council, progress on gender mainstreaming throughout peacekeeping missions and all other aspects relating to women and girls;

18. Decides to remain actively seized of the matter.

Members of our network

Every year Peace Bells are ringing around the world on Aug 5th/6th at the moment of the Hiroshima bombing. We rang bells on 5 August 2013 to commemorate this day.

Articles and Messages from the team 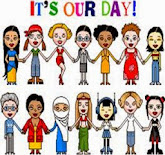 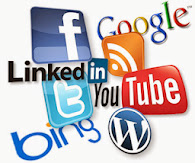 Latest news from the field of women's participation in conflict resolution and peace keeping as well as about recent developments worldwide which concern peace and security issues. 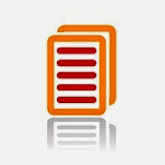 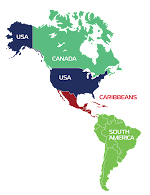 News and Articles about current issues of Americas

News and Articles about current issues of Africa

News and Articles about current issues of Asia Pacific

News and Articles about current issues of Europe

News and Articles about current issues of Middle East

News and Articles about current issues of South Caucasus 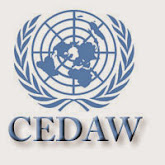 Full text of the Document

Full text of the Document

This publication is produced within the framework of the project - ‘‘Support Democratic Participation of Young Women in Building Peace and Stability in Georgia’’ implemented in Georgia by International Network for Civil Development - INCD in partnership with Young Women Experts’ Network for Peace and Security (YWEPS) and with the financial support of the Embassy of Canada through Fund for Local Initiatives (CFLI).